Power Meri follows Papua New Guinea’s first national women’s rugby league team, the PNG Orchids, on their journey to the 2017 World Cup in Australia. These trailblazers must beat not only the sporting competition, but also intense sexism, a lack of funding, and national prejudice to reach their biggest stage yet.

Human rights organisations describe Australia’s nearest neighbour, Papua New Guinea, as one of the worst places in the world to be a woman. But where international observers see despair, the pioneering players of the country’s new national women’s rugby league team, the PNG Orchids, see opportunity.

Proud, strong and hopeful, these women have overcome more challenges than most to take the field in their much-loved national sport. But after years playing at grassroots level with no coaches, funding or support, they have just three months to transform themselves into a competitive national team to take up an invitation to compete on the world stage.

Power Meri takes audiences inside Papua New Guinea and behind the scenes of women’s sport as it follows the Orchids through selection trials, arduous training with a fly-in-fly-out Australian coaching mentor, and diverse personal struggles as they prepare to face the world champion Australian Jillaroos and compete at the Rugby League World Cup in Sydney.

But their mission is greater than winning. In a country with appalling rates of domestic and sexual violence, sport is one of the few arenas in which Papua New Guinean women can show their strength. If they can perform like men on the rugby field, can they change attitudes back home when it comes to the treatment and status of women?

Power Meri explores the broader social impact of the rise of women’s sport through themes of empowerment, national identity, prejudice, resilience and hope.

From the roughest suburbs of Port Moresby to the lush PNG highlands, Power Meri takes viewers on a captivating journey through rarely-seen corners of PNG, guided by young Papua New Guinean women who dream of changing their country through sport.

Cathy Neap is a trailblazer, both on and off the field. Widely recognised as one of PNG’s top female rugby league players, she is also emerging as a grassroots advocate for women’s issues. A confident, straight-talking leader, she is admired by her teammates. Coming from the troubled Enga province in the highlands, her life bridges the divide between PNG’s persisting traditions and the hopes of the younger generation. Her father has six wives, but Cathy wants a different path for herself.

In 2015 Cathy gave birth to her son which put a halt to her sporting ambitions but, with the world cup approaching, she has resumed her playing career with a burning ambition to lead her country. Juggling intensive training, full-time work and motherhood will present huge challenges in 2017.

Della Audama lives in one of Port Moresby’s roughest suburbs. Until she discovered rugby league she followed the path of many young women in her area – unemployment, drinking and fighting. Della was inspired by her brother to take up the sport, and the discipline required to train and play has seen her leave behind her old ways.

She now captains her local team and has become a role model in her troubled community. Della still struggles with the legacy of her earlier life, but the sporting dream of representing her country has motivated her to change things. Performing on a global stage at the world cup will be her biggest challenge yet, but making the squad could be the final catalyst she needs to transform her life.

David Westley achieved some of rugby league’s highest honours as a player, and has volunteered to help the Orchids prepare for their first world cup. Born in PNG, David moved to Australia with his family at a young age. He won an NRL premiership with Canberra Raiders in 1994 and represented PNG at the 1995 World Cup before injury brought a sudden and premature end to his career.

Now based in Cairns, David works as a coach and mentor and travels to PNG regularly to assist the Orchids. Having struggled himself with the highs and lows of representative sport, he will be forced to confront his own past as he supports the team on their tough journey to the world cup.

Born and raised in PNG, Amelia Kuk relocated with her family to Australia, where she has now become one of the rising stars of women’s rugby league. Residing in Brisbane, she lives with the daily identity dilemma faced by many members of diaspora communities – which country is her true home, and where does she feel she belongs?

These questions become even sharper for Amelia after she is selected to play for Australia against PNG, then gets dropped by Australia and is invited to represent her home country. The situation intensifies for Amelia as the world cup approaches, when issues of identity, disparity and injury threaten to affect her integration into the Orchids team.

The youngest member of the squad, Gloria Kaupa was selected to represent her country while still at school. Despite living in a small town in the PNG highlands, Gloria has big dreams. Inspired by a family tragedy, she wants to become a surgeon, and hopes to prove to girls from rural PNG that they too can succeed in education and in sport, regardless of their roots.

Gloria will be forced to juggle school exams and training as she prepares to run out for the Orchids, and has to deal with huge disappointment when her world cup experience does not go as planned. 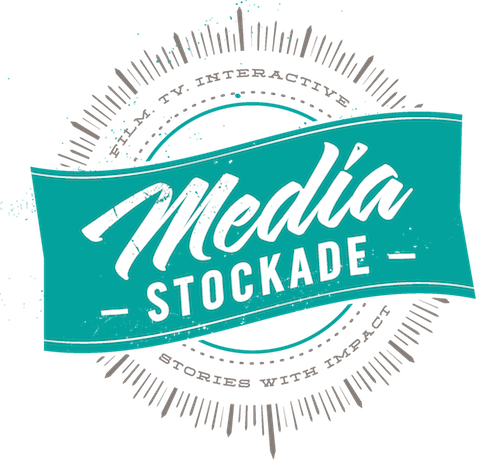 Media Stockade is an independent production company based in Sydney, Australia, with our eyes and ears open to stories from around the world.
Founders, Rebecca Barry and Madeleine Hetherton, share over a decade of film and TV production experience and collectively have made over 50 hours of broadcast television. They have been colleagues for the last 15 years and now are working together on an exciting slate of projects.
Our programs are provocative and socially relevant. Often witty, humorous, insightful – our stuff entertains without being stupid. We want to move people – and inspire them to action and debate. But we are not didactic. We respect the intelligence of our audience.
We are uncompromising in the best sense of the word. We strive for excellence. We collaborate, develop and produce projects together. We offer support, advice and strategy to independent filmmakers, to enable them to produce their ideas. We genuinely love enabling stories and most importantly working with people who inspire us.
mediastockade.com
ASSEMBLE